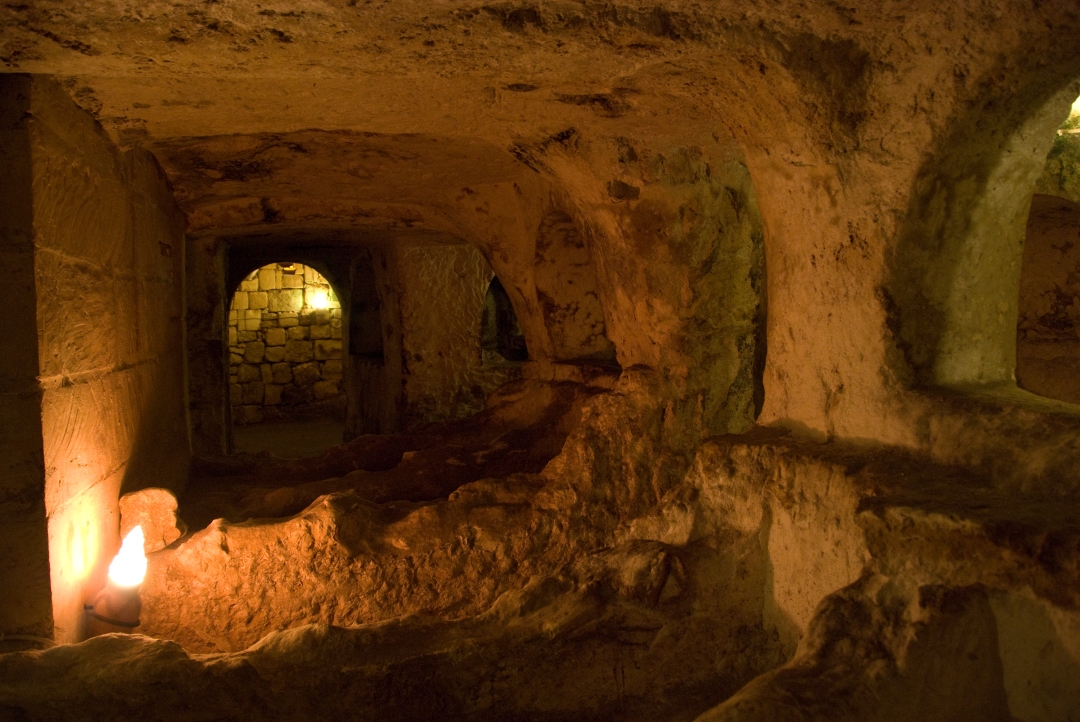 Legends from the Island – Mysteries and Myths of the Maltese

The ancient people of the Maltese islands had many stories and legends surrounding their history and ancestors. Most of these myths find their foundations in truth and historical facts, although they were then embellished every time they were handed down from generation to generation. Some of these legends are associated with well-known characters in Maltese history, while others are closely knit with popular events of antiquity. There are some characters which pop up in quite a few folktales, and whose adventures differ from one town to the other.

St. Paul, who is said to have landed in Malta in the year 60A.D., features in many a legend. One of the many stories surrounding this holy character states that while St Paul and the other members of the crew of the ship were warming themselves by the fire built for them by the Maltese natives, a viper grabbed onto and bit Paul’s hand. The Maltese natives immediately marked Paul as an evil man, who albeit being just saved from the perils of the sea, had to meet his end with a viper’s bite. However, Paul just shook off the (usually) deadly viper and threw it into the flames, carrying on with no apparent injury. The natives, having seen this, were awe-struck, and proclaimed that Paul was a holy man. Legend states that from that day on, all the snakes found in Malta became non-poisonous – something which is true to this day, as no venomous snakes or reptiles are found on the island. A small side note – the above legend has a slightly different ending for many Maltese people, who say that the venom that St Paul removed from the viper was placed in Maltese women’s tongues!

St Paul has a very close connection to Mdina and its neighbouring town of Rabat, where there is a church dedicated to the same saint. This church is said to have been built above the grotto where St Paul lived and prayed in while he was waiting for the ship taking him to Rome to be restored. The Grotto Myth states that the stone, cavernous walls of this grotto had miraculous healing properties, and that no matter how much of it was taken and removed by the devotees visiting the grotto as a memento, it remained unchanged, as if nothing was altered. This Grotto is still a popular spot today, and can be visited through the Church of St Paul in Rabat. The Grotto forms part of a series of many underground catacombs, which stretch underneath Rabat and Mdina. Some of these catacombs, such as those of St Agatha in Rabat, are open to the public and can be visited for a small fee. Another legend based in Mdina, is the legend of St Agatha. In 1551, a group of Turkish invaders launched an attack on Mdina, which at the time was called ‘Citta Notabile’. A nun living in an Mdina nunnery claimed that she saw a vision, where St Agatha instructed her to make a procession around the walls of the city, while holding up a sacred image of the saint. The nun promptly did as she was told, and it is said that the Turks abandoned their attack on the city, and proceeded to raid nearby Gozo instead. We can only imagine how many times poor St Agatha’s name was called out that night – in celebration and in heresy!

Some of the legends created and fabricated by the minds of the uneducated minds of yesteryear were mainly used as explanations of phenomena happening around them. One such phenomenon was the collapsing of a sinkhole in Qrendi, creating a massive crater that the Maltese of the time had no idea how to explain. What was the immense hole in the ground? What made it collapse? And most importantly, how did the chapel of St Matthew remain untarnished, being only metres away from the sinkhole? Old Maltese legend states that the site of ‘Il-Maqluba’, as the sinkhole is called (meaning ‘the upturned’) had been a village in ancient times, a village abounding with evil and sin.  The common belief was that God punished the villagers by wiping their traces off the earth, while leaving a giant crater behind. Both crater and chapel still stand to this day, and can easily be visited while in Qrendi. 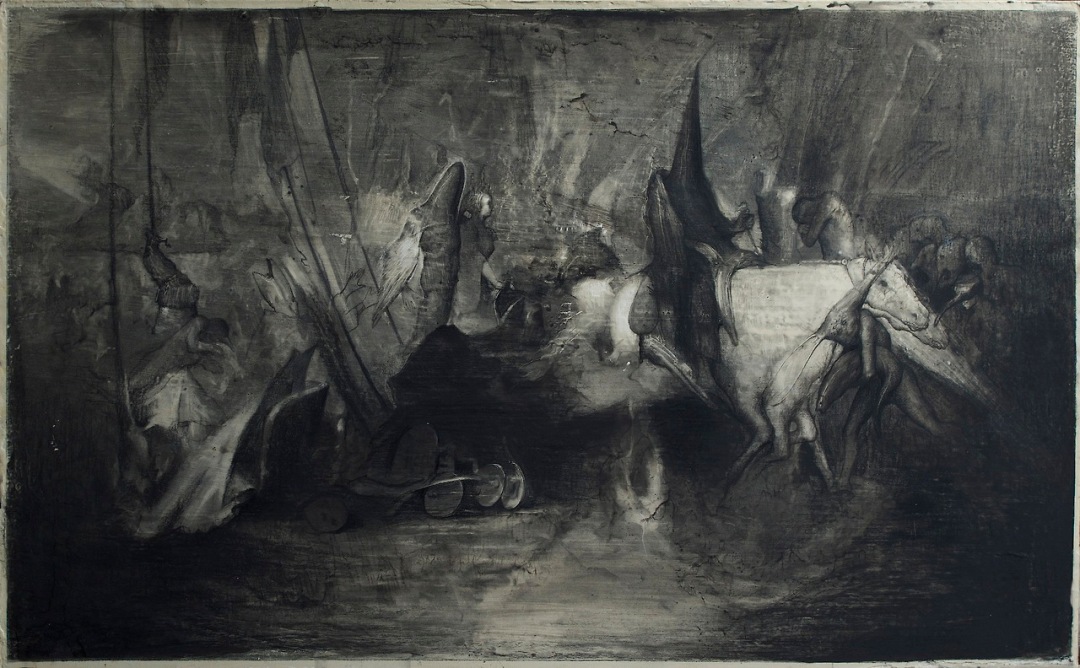 Some of the tales of the Maltese are somewhat spookier than others. There are many sayings about the various ghosts that haunt the island, and given the vast history and the countless wars and battles fought on this land, it is to be expected. The main ghost in the Maltese culture is called ‘il-Ħares’, and although there are tales abounding, it was more of a well-known secret than anything else. The predominant Catholic faith did not give lieu to belief in ghosts and spirits, however the Maltese of olden times still kept a strong belief in this ghastly character, and there was many a house which remained empty for years and years, amid rumours of being haunted. One such house can still be seen on the way to Marsaxlokk, a lovely two storey house in the middle of the countryside, still boarded up and empty to this very day. This ‘Ħares’ took different forms, however it was very common in old days to hear a hushed rumour about a Turk ‘Ħares’, who would provide money and gold to the inhabitants of the house, as long as they kept their mouths shut about him. It was said that if the identity of the ‘Ħares’ was discovered, he would not appear again. There are many more legends and stories concerning eerie beings roaming the island, some from the time of the Knights of St John, some about the Turks, the French and even British admirals and soldiers. I’ll let you in on some of these tales, though it is up to you whether to believe them or not!

The Turkish ghost ever present in Maltese tales makes an appearance at Fort Ricasoli, near the Grand Harbour in Valletta. It is said that a worker resting in the Fort was once awakened by this ‘Ħares’, who looked like a Turk. This ghost told the worker about a treasure of golden coins which could be found in the Fort itself. After having been told the location of such treasure, the foolish workman (breaching any unwritten contract with said Turk), rushed off to find his friend to tell him all about the treasure. The two men set off towards the location indicated by the ghost, however when they found the spot, they discovered a heap of coal coins. The ‘Ħares’ is then said to have reappeared during the night, only to beat up the thoughtless workman who had uncovered his secret. The moral behind this ghost story was to never speak of anything the ‘Ħares’ says, which is why all ghost stories in Malta were kept hush.

The Headless Bride of Mdina

It is said that a heart-broken, headless, ghost bride roams the streets of Mdina at night, warning young men about the sorrows of love. This bride had been promised to marry the love of her life, and had all the preparations for her wedding ready. One night, a lusty Knight captured her and took her against her will. Distraught that her reputation had now been tarnished, she took out her vengeance on him and murdered the brawny Knight. She was sentenced to death by beheading for her (just) crime, although she was granted her final wish of marrying her love before her death. She is said to be still roaming the streets of Mdina after dark, headless but still in her ill-fated wedding dress, a bride that she never truly was, but now always will be.

The Blue Lady of Verdala Palace

This tale is well-known among the Maltese, and it is wide-spread enough to make the notorious Blue Lady a household name. It is said that the niece of the Grand Master De Rohan had been betrothed to a suitor who she did not fancy, and whom she did not want to marry. He, tired of being ignored and rejected by his future wife, kept her captive in one of the upstairs rooms of the Palace. While trying to escape, she lost her footing, and fell to her death, wearing a blue dress. She is said to still haunt that same room, wearing the same blue dress she wore to her deathbed. One particular incident tells of a guest of the Governor at the time (Verdala Palace used to be the summer residence of the Governor), who slept in her room. He asked the Governor one night who was the lovely lady wearing blue reflecting through the mirror while he dressed, and the servitude replied that they had all seen her. The Blue Lady is one of the most well-known Maltese ghosts, amongst adults and children alike.

The Maltese have always been master storytellers, that’s for sure, from legends about Saints to tales about ghosts – the Maltese have commented on everything and anything. We have always tried to explain the unexplainable, and we have made up some fascinating stories in doing so. The legends now form part of our very being, and share a part of our history, although some are not based on facts. I shall leave it to you to decide whether the ghastly tales of old are true or not, and while you are here, why not try and find out for yourself?