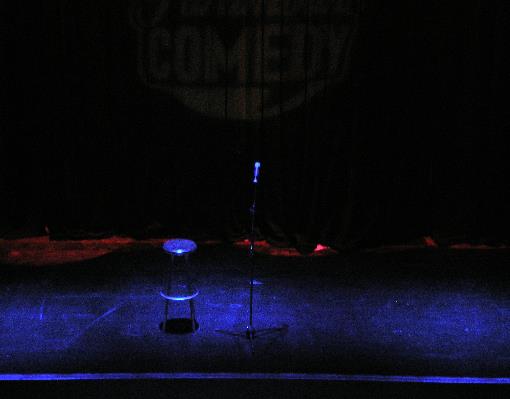 March 9, 2017 Shortletsmalta Events, Malta, Things to do while in Malta

If you’re staying or living in Malta right now, you will have heard that the great Michael McIntyre is giving a show in Malta on the 22nd of April. If so, you’re either one of the lucky ones who managed to snag a ticket before they sold out in 90 minutes, or you might be one of the hundreds of disappointed people who simply weren’t fast enough.

The demand for McIntyre was so great that a second show is now scheduled for the 21st of April, a day before the original show. The tickets for that date are now sold out too – so if you want to catch McIntyre live in action you’re either going to have to travel abroad, wait for the next one, or find someone selling his ticket (probably at a pretty ghastly upcharge).

Whether you’re watching McIntyre live in Malta or not, the excitement of the whole thing might have made you curious about Malta’s stand-up comedy culture. Is Malta the place to be if you want to have your sides split, or is the island infested by comedy try-hards?

We’re happy to report that the comedy scene in Malta is pretty good – and beyond this, it’s growing every year. This is true both in terms of local performers as well as international guests. In fact, Michael McIntyre coming to Malta is not a miraculous affair or one-off incident. 2016 alone saw the comedy giants Jimmy Carr and Omid Djalili coming to Malta, too. We also have a fair share of local comedians who might not be world famous, but can definitely hold their own alongside some bigger names.

If you want to follow the comedy scene in Malta, you’re best off by following some of the bigger comedy production groups that are responsible for organising stand-up nights with some of Malta’s best as well as the standout names on the international circuit. You can learn about some of these below, so you won’t miss the next chance to chuckle.

Do keep in mind that there are also plenty of comedy groups that perform in Maltese, but we won’t go into those today – this article is mostly intended for audiences who want to get their fix of comedy delivered in English.

The Comedy Knights definitely has one of the strongest rosters of local comedians, so their events should definitely be a first point of reference if you’re interested in learning how the Maltese do comedy.

The Comedy Knights usually organise large-scale events, with a series of skits and characters to watch out for, so if you attend one of their shows you might not be in for a stand-up routine in the proper sense of the word. You’ll also definitely need to update yourself on Maltese culture, as common topics include Maltese politics and Maltese caricatures (such as stereotypical girls from Sliema).

You can also keep an eye out for any other comedy projects by any of the Comedy Knights team members, including Chris Dingli, Jo Caruana, Pia Zammit, Colin Fitz, Steve Hili, and several more.

The Eden Cinema building is not just for watching films! Its multipurpose theatre makes for a great stand-up comedy venue, and the frequent events that are hosted there are always proof of this.

There are a couple of reasons why the Eden events are worth looking out for. The first is that they’re frequently held, which means that if you’re craving some comedy you probably won’t have too long to wait if you follow the Eden programme. The second is that the Eden Comedy Club usually brings a pretty eclectic mix of local and international talent. Their last event, for example, was held on the 3rd of March of this year, and featured Matt Welcome, Danny Posthill, and was hosted by Geoff Whiting.

The LOL acronym might be a little obvious for a comedy agency group, but you do need to keep in mind that this agency has been around for ages, having started in 2004. To say that Laugh Out Loud know what they’re doing would be an understatement.

Laugh Out Loud specialising in bringing some of the top names in the UK comedy scene to Malta. Some names that have made their way to our shores thanks to this group include Men in Coats, JoJo Smith, Andrew Maxwell, Terry Anderton, Andre Vincent, and many more!