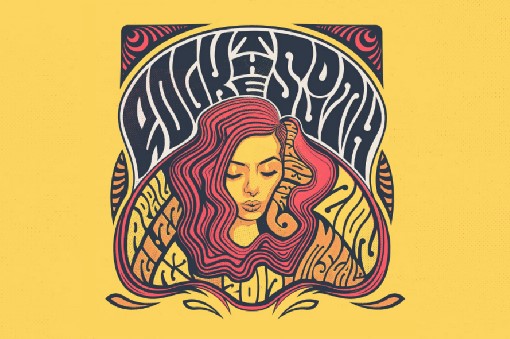 Rock Out at Rock the South

We realise that over the past few months we’ve written quite a bit about music concerts and larger-scale festivals. We’re sure you get the message: there’s a lot of music happening in Malta. Can we get back to the nature and history, please?, you might be asking.

Rock the South isn’t just any festival, though. Now in its 6th edition, the event is somewhat historical in itself for its varied display of local and foreign acts, and it’s definitely very much anticipated by hundreds of music fans all over the island. It’s also a pretty significant event because it’s set in Marsascala. Most events we rave about happen in Valletta, Sliema, or similar areas – so we’re really stoked to promote this hub of culture in a completely different part of the island.

Taking place at Zion, Rock the South will be spread over three days, starting on the 21st of April (Friday) and ending on the 23rd (Sunday). Despite the name, there are acts on bill here that transcend rock music, though you can bet that the promise of distorted noise will be fulfilled.

Rock the South is the brainchild of Nick Morales, who works tirelessly year after year to make the event possible, while collaborating with some of the biggest entities in local music. This was first year in which the event partly assisted through a crowdfunding scheme, which we think is amazing as it really helps the communitarian aspect of the whole thing to shine through.

You can either opt for a weekend block ticket or individual day tickets. Tickets for Friday and Saturday cost €12, while the Sunday tickets are €15. The block ticket is just €30. What does that get you? Lots of live music, of course! Every day there will be two stages running parallel to each other (and no acts clash, which is great). You’ll also be treated to a nightly Silent Disco, which has been a staple of the Rock the South programme for many years now. This is exactly what it sounds like – a disco where you put on headphones and hear everything through them. It sounds quite surreal, and it is!

Let’s get to the live music line up though, because that’s definitely the heart of the whole festival. What can you expect on each day?

The first day of Rock the South sets the mood with a punky and charged bill of bands, including CEERA, Cryptic Street, Dusk, WakaTa, NAANGS, and headliners Beesqueeze.

It’s not all aggressive stuff, though. Also performing on Friday is Lois, a Spanish solo artist who promises a dreamier sounding set for anyone looking for vibes that are a little bit chiller.

If you think modern music is too full of singers that just don’t know when to shut up, you’re in luck as an instrumental stage in being set up featuring some of Malta’s most eclectic bands, such as Super Sponge Trio, Kingdoms of Dusk, and The Ranch. Headlining will be Sdang!, an Italian group that has already performed at Rock the South Twice. For the first time, the duo as a trio in Malta, as they’ve employed bassist Colin Edwin from the legendary Porcupine Tree!

If you’re more interested in bouncy, poppy tunes you’re in luck as the other stage features bands with a penchant for catchy songwriting, including Massacre House Party, Canvas Wall, and nosnow/noalps.

The final day at Rock the South is also the longest. While the previous two days begin at 6.30 pm, Sunday kicks off at 3 pm, so you don’t need to worry about how to spend the day before heading down to Zion! Afternoon sessions will be provided by Lucy’s Last, EXPLICIT, Jack’s Fusion, The Voyage, and Jeper Ejrup + Nick Jones.

The two evening stages once again will focus on diversity as one is geared towards more aggressive acts including BILA, Double Standard, Rage Against Society, Norm Rejection, Kill the Action, and LVX. The other stage will feature more experimental and melancholic acts including Oxygn, Eyes to Argus, CRUX, and YEWS.