Facts about Rugby in Malta

One wonderful thing about Malta is that despite our size, all sports get love in one way or another. Even though football fans yell the loudest – or rather, they yell in the highest numbers – rugby is an incredibly close second in terms of popularity. Some people make the argument that as far as how Malta fares internationally, rugby actually surpasses football by a wide margin, but we won’t get into that here!

What is not up for debate though is how exciting Maltese rugby is. It’s more than the loyal fan-base. Malta’s national rugby team is really quite formidable and has great potential to become even stronger. The team’s nickname is The Rams (L-Imtaten) which is a sure reflection of this strength. 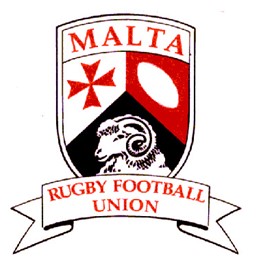 If you didn’t know that fact, odds are there are plenty more you’re not aware of. That’s why this article is all about putting Maltese rugby in the limelight it deserves to be in! Read on for more facts about the sport in Malta:

Rugby was brought into Malta by the British

Perhaps this is a somewhat predictable fact in hindsight, but it’s always intriguing to see how the British influenced Malta in almost every imaginable way! The first rugby club in Malta was set up in 1946 called the Overseas Rugby Club and was mostly made up of British servicemen.

However, rugby didn’t really gain much of a following until the 1970s, when a few schools began teaching the game to students. Despite this, one could find the first influx of local clubs at the beginning of the 1990s, thanks to the revival of the Overseas Rugby Club and the establishing of clubs such as the Kavallieri, the Stompers, and the University Rugby Football Club (now known as Alligator RFC). Nowadays there are plenty of other local clubs.

Malta’s national rugby team played its first match in 2000, against Moldova. That’s 17 years ago, which is a long time if you’re a human being, but not so much if you’re an international sports club.

It’s also pretty safe to say that Malta started out as underdogs. We lost our first match 58-8, and lost our second match against Belgium in the same year with a score of 26-0. However, Malta would go on to secure its first win against Monaco the following year.

Malta is currently ranked 42nd in the World Rugby world rankings, which is not too shabby at all! Although Malta has never qualified for the Rugby World Cup, in 2007 we did enter the qualification tournament and made it to Pool B of the third round.

Malta currently competes in the European Division 2A and in the 2013-14 season finished 2nd to the Netherlands.

Malta is Playing this Saturday at the Hibernian’s Stadium

Malta will be taking on Israel on the 22nd of April! Whether you’ve never watched a rugby match in Malta, or whether you’re a diehard fan, this an excellent opportunity to witness one of the things that Malta does best.