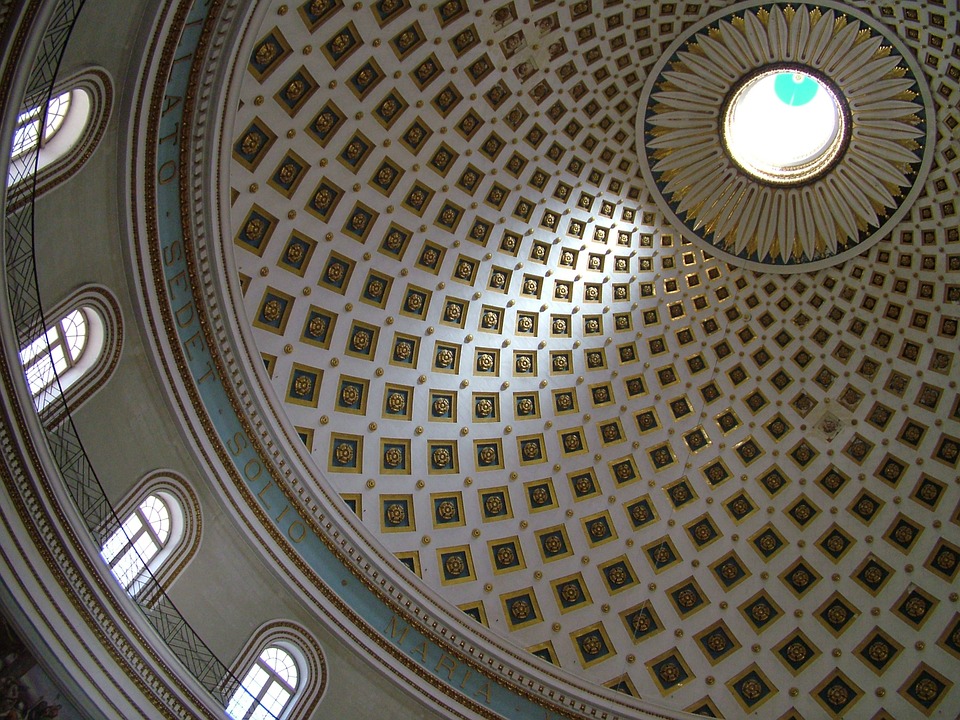 September 22, 2017September 20, 2017 Shortletsmalta About Malta, Fun Malta, Malta, Things to do while in Malta

Mosta is a traditional Maltese town, constantly developing and re-inventing itself, keeping up to date with the modern exigencies of its inhabitants. However, Mosta is also considered a highly historical and cultural town, renowned mainly for two things; the Rotunda and its urban legends.

The “Rotunda” of Mosta (formally known as the Parish Church of the Assumption) boasts of its status as the third largest unsupported dome in Europe. Construction on the church started in 1833, its round shape based on the Pantheon in Rome. The church is said to be of miraculous properties; during World War II, a 500kg highly explosive bomb fell into the church during mass, yet it did not explode. Not only did this miracle save hundreds of lives, but it also saved the integrity of the beloved Church. Currently, a similar bomb is now displayed in the sacristy at the back of the church, under the words “The Bomb Miracle, 9 April 1942”.

Mosta’s most famous folktale and ballad, known to all of its inhabitants, young and old, must be the “Bride of Mosta”, or more commonly known in Maltese, “l-Għarusa tal-Mosta”. This legend introduces our heroine, Marianna, who was to be wed to her neighbour, Toni. A Turkish servant of Marianna was also enamoured by her, but she thought nothing of him. Defeated, he escaped the island and went back to Turkey, however, on the day when Marianna was to be wed to Toni, a pirate ship with none other that the Turkish servant raided the Maltese Islands, thus the Turkish servant proceeded to vengefully kidnap Marianna and take her to his shores.

Toni was brokenhearted, yet he soon thought of a plan to save his beloved. He disguised himself as a wool merchant, and travelled to Turkey, where he vowed to find Marianna and save her. One day, after months of searching with no success, he heard a traditional Maltese song being sung sweetly by a female voice. Toni followed the voice to the Sultan’s quarters, and realised that his bride was being held there. Luckily for the couple, the Sultan’s daughter befriended Marianna, and vowed to save her and return her to her beloved. Their plan was a success, and upon their return to Malta, they wed, with their families present, and presumably lived happily ever after.

While this legend of love and abduction has no actual historical basis, it is documented that during the middle of the 16th century, around 400 prisoners were abducted from Mosta and taken by Turkish corsairs. It is however documented that a woman dressed as a bride, was one of the taken. A garden, known as the “Bride of Mosta” garden, was duly named after this folktale.

Another attraction in Mosta, which is also entangled with an urban legend, is the Speranza Chapel, found in the Speranza valley. This chapel was built in the 1700s, and the urban legend concerning this building is also tied to a Turkish invasion, as abductions within the village of Mosta were a common occurrence at the time. Legend has it that during one of such invasions, a young girl and her sisters, whilst tending to their family’s sheep, were persecuted by a group of Turkish pirates. Her sisters managed to escape, yet the young girl could not run fast enough. She hid in a cave, situated underneath the Chapel, and prayed to Our Mary for salvation, and promising that if she saved her, she would build a chapel dedicated to Our Lady. When the Turkish invaders arrived at the mouth of the cave, there was no sign of the young girl. In fact, it is said that there was a spider web covering the mouth of the cave- they reasoned that if someone did enter the cave, the web would not be intact. They therefore fled the scene, and the young girl was saved.

If you would like to see more of Mosta, accompanied by a tour of both Ta’ Qali and Mdina (Mosta’s neighbouring villages), book through Fun Malta (follow the link here: https://www.funmalta.com/mosta-taqali-mdina-tour) for a day of culture and history.

2 thoughts on “Spotlight on: Mosta”