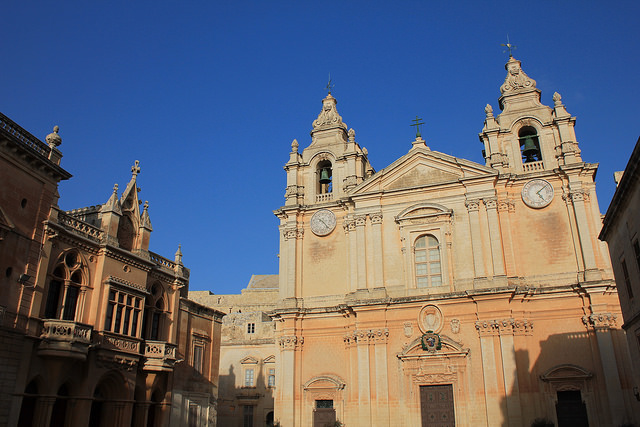 5 Reasons to Visit Mdina this Week

Proudly perched on a natural plateau, the walled city of Mdina is one of the most beautiful historical locations on the Maltese Islands. Known to many as ‘The Silent City’, Mdina also goes by the names Città Notabile (The Noble City) and Città Vecchia (The Old City) and has been around since roughly the eighth century BC when the Phoenicians settled there and called it ‘Maleth’. Later, around 218 BC, the city fell into the hands of the Roman Republic and became known as ‘Melite’ and actually included a big chunk of the neighbouring town known as Rabat today. As you step through the regal city gate, there’s no doubt that you’ll feel like you’ve just gone back in time, and stepped into a picture-perfect piece of history.

It can be incredibly refreshing to spend the day away from the hustle and bustle of urban life, especially when Mdina is your destination of choice. The Silent City may be relatively small in size (a tactical move which made it easier to defend in the event of a siege), but it’s BIG on typical Maltese charm. We particularly love the way the city looks at night!

The old Capital city of Malta, Imdina 😍 . . Have you ever been to Imdina? 🤔 . . 👇Share this post with your friends👇 . . Photo by: @micagius . . Tag your #photos📸 with 🔱#MLTPhotography 🔱to have a chance to be #featured on @mlt_photography_🍻

2. The view from the Bastions is breath-taking

Walk through the main gate and straight across to the imposing bastions – in a matter of minutes, you’ll be treated to a sweeping view of the surrounding towns and rolling fields! Seriously – wow.

Nestled right in the heart of Mdina, this regal cathedral needed some TLC following the damage it sustained when the earthquake hit Sicily in 1693 (oh, and another one hit it in 1856…). The cathedral was rebuilt according to the designs of prominent Maltese architect, Lorenzo Gafà and headed completion in 1705. If you think the outside is beautiful, just wait until you walk through its doors and get a good look at the inside, which follows the classic Latin cross layout and contains fascinating artefacts dating as far back as the fifteenth century (the cathedral is home to an exquisite baptismal front from the early Renaissance period. After you explore everything the cathedral has to offer, don’t forget to swing by the Cathedral Museum to learn a little more about the structure and see some incredible artworks, artefacts, and even some pieces by Albrecht Dürer!

4. The National Museum of Natural History

Located just to your right as you enter the city, the museum is housed in a truly impressive eighteenth-century palazzo built by Grand Master Antonio Manoel de Vilhena according to plans devised by the French architect, Charles François de Mondion. Take some time out of your day and explore the museum’s extensive collection of fossils, minerals, and loads of other curiosities.

Avoid air conditioners when you are in hot countries! I caught a cold in Malta and now I feel so bad and exhausted 🤒 sleepy and tired😥 and I don't want to go to the doctor🙊 but I think I have no choice😕 . #Malta #architecturephotography #architecturelovers #architecture #мальта #архитектурамира #архитектура #ворота #gates

A trip to Mdina isn’t at all complete without a little pit stop at Fontanella, an adorable cafe loved by locals and visitors alike for its perfect location and delicious chocolate cake. No matter what the weather might be like, settling into a spot at this charming spot with a massive slice of cake and a hot cup of tea is absolute bliss.

Looking for more things to do in Malta? We’ve got you covered!