What’s on in Malta this July

July is almost upon us in full summery swing, and with this sunny month come a variety of exciting events – some which are by now, summer staples, and some which are truly unique to this year. In between all the barbecues, all the sizzling beach days that this month is well known for, these five events are sure to keep you entertained and provide you with endless summer memories!

Tribali, one of Malta’s most beloved bands, will perform their new album and other well-loved classics live in concert in Ta’ Qali on the 4th of July, featuring beautifully orchestrated light shows, and performing on a custom-made stage. Known for their funky blend of world music sounds, Tribali have been a fixture in Malta’s music scene for the past 14 years, and have grown quite a loyal fan-base. Their music is captivating and mesmerising, each track transporting you into a world of its own. For more information about this event, click here.

William Shakespeare’s ‘As you like it’ – 13th to the 22nd July – San Anton Gardens, Attard 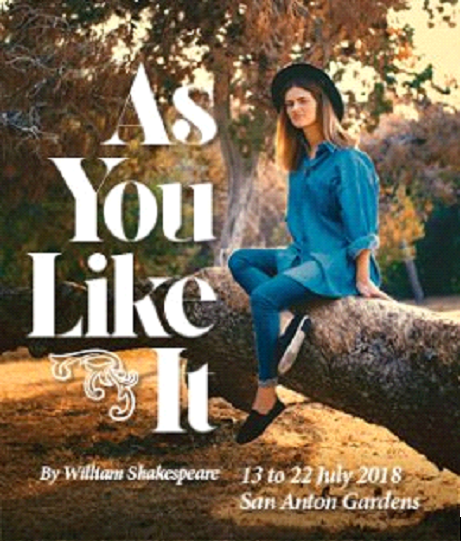 The popular outdoor Shakespeare production by MADC is back again, 80 years since the first production of this very same play was held at San Anton. The charming love comedy by the Bard is interpreted by some of Malta’s best established and up-and-coming actors, and is directed by Philip Leone Ganado. July is the perfect month for some Shakespeare under the stars! For bookings and more information, click here.

Food has become so much more than just a source of nourishment; it is an experience, a memorable foray into different cultures through the senses. The Malta International Food Festival at the Mdina Ditch is four decadent days of dining al fresco, where you can choose between a wide variety of cuisines and chefs, as well as wines and desserts. With live entertainment and a children’s area to keep the little ones happy, the Malta International Food Festival will surely be a hit with anyone who enjoys their food. Entrance is free of charge. Find more information here.

Jazz lovers have an added reason to fall in love with July in Malta – the Malta Jazz Festival is held annually during this sizzling summer month. Set against the picturesque backdrop of the Grand Harbour, this annual jazz-fest takes Valletta Wharf and transforms it into an outdoor music venue, featuring names such as Bokanté, Chick Corea Trio, and João Bosco. On Thursday, 19th July, the Festival will pervade Valletta’s streets, with musical acts performed at City Gate, at Pjazza Teatru Rjal, and in front of the Law Courts. Don’t miss this funky festival – find out more information here. 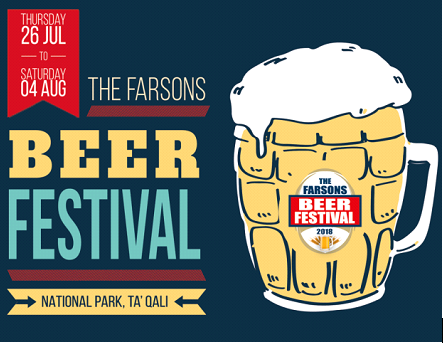 The nation’s beloved beverage festival is back, with 10 days jam-packed with lively gigs, not to mention lots of ice-cold beer! Ending July with a bang, this festival at the Ta’ Qali National Park brings forth a stellar line up of beers and bands, spread over three different stages. If you love pop, rock, indie, ska, punk, metal, reggae, jazz or acoustic acts – basically, if you love live music – then head to the Farsons Beer Festival and enjoy two of life’s greatest pleasures: beer and music. For more information about this unmissable event, click here.

One thought on “What’s on in Malta this July”